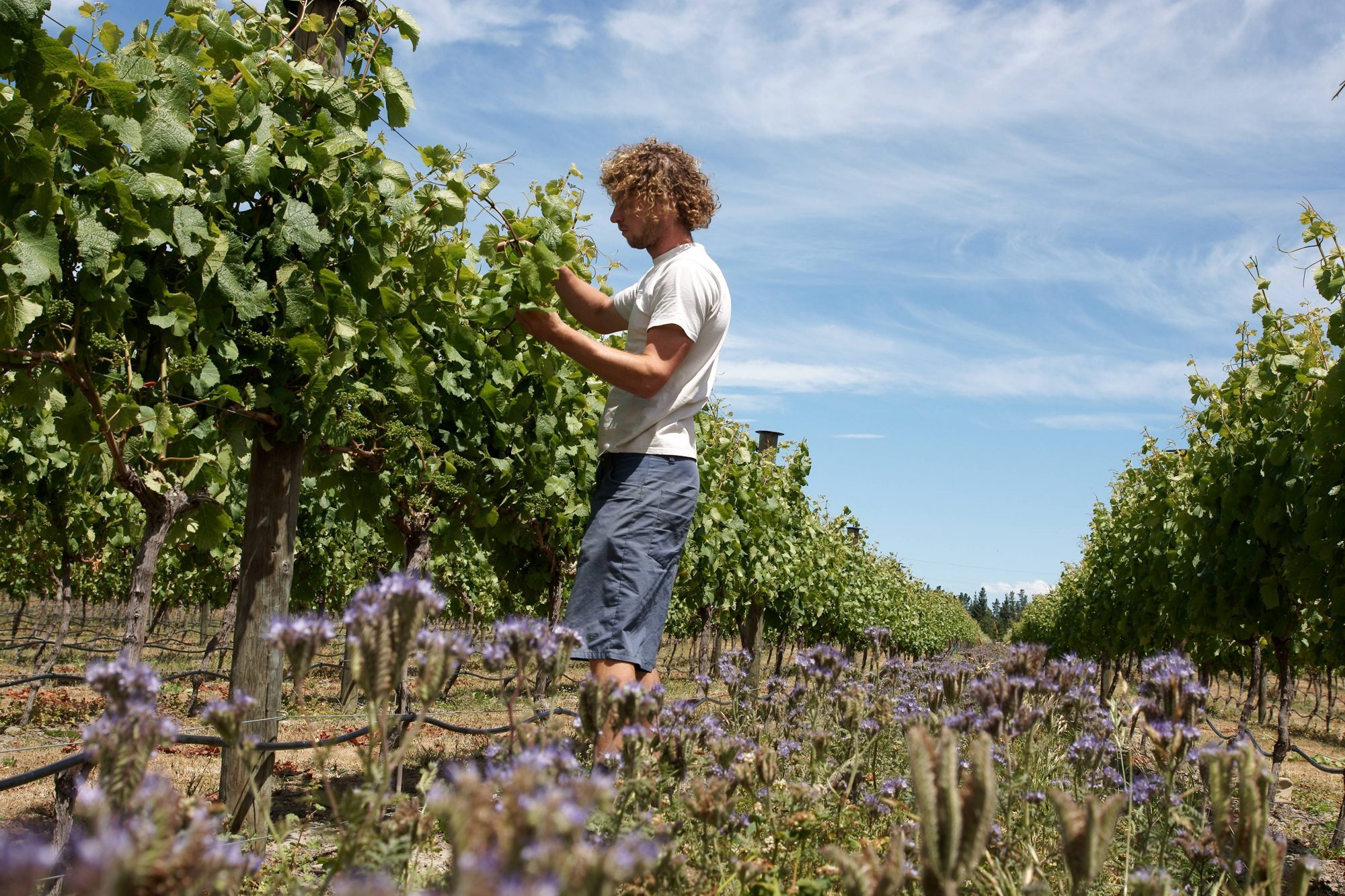 We were keen to get the thoughts of Terrace Edge’s winegrower, Pete Chapman, on growing vines organically in New Zealand’s South Island. Waipara is becoming known for having some organic producers, he told us. “It’s a bit of a hallmark for Canterbury in a way, which is cool.”

As we relaxed together in Terrace Edge’s delightful tasting room with views for miles, Pete took us through the estate’s journey to organic produce. Their transition to organic cultivation started in 2011. In 2014 the estate got the seal of approval and was able to call their wines organic. Pete pointed to a large photo on the wall of the tasting room. He’s in it, tending to his vines and standing in a mass of purple flowers. They are not only lovely to look at. “We plant those, because they attract a particular little wasp, native to New Zealand, that loves the nectar in those flowers. And in turn those wasps kill the caterpillars that affect the bunches. There was work going on in this area while I was at university and I put it into practice.”

Is it difficult to be certified as organic in New Zealand? “It’s quite a process,” said Pete. “Basically, three years. There’s a very strict list of things you’re allowed to use on the property, all based around organic rather than synthetic products. Becoming organic is a bit of detox. We actually do more, not less, to produce organically. It’s about not being too greedy with too many shoots on the vine.  You have to be proactive when you’re organic, it’s about using sprays that encourage good biology on the vines. Weeding is a massive deal. But with weed competition, the vine roots have to go deeper. That’s one of the big advantages of organics, your vines go through a process of becoming more resilient. It’s like taking them off a junk food diet. Hopefully in the end you have created something unique, because the roots have gone deeper into the soil.”